The View From Here #161: Shakespeare’s Histories; Ten Epic Plays at a Breakneck Pace!

I know! You’re not used to hearing from me so soon after a blog has just been posted! (Just two weeks ago!) But the excitement is just to great to contain:

The New Book is Out!

Shakespeare’s Histories; Ten Epic Plays at a Breakneck Pace! is going to be big, big, big! 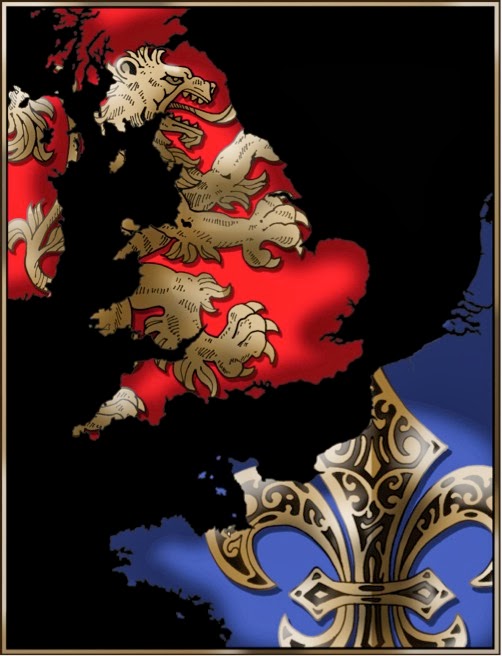 I’m having a Party! It’s a Book Release Party on Monday, January 13 at the Oil Lamp Theatre in Glenview, IL. Please RSVP and join me! (There are 25 RSVP’s in already, and only 60 seats in this theatre!) The book order has been placed and it will be a race against time to get there in time for the show! (If they don’t arrive in time, I will personally drive copies to your home!)

The Oil Lamp Theatre is at 1723 Glenview Rd. in Glenview, IL. The party begins at 7:30 with a performance starting around 8 pm. I’ll be performing “Shakespeare’s Histories” in its entirety, and we’ll take a break for wine and book sales and signing, and then I’ll climb back on stage to take requests from Shakespeare, Moliere or even “The Greatest Speech of All Time!”

The show is free; book sales and tips are invited. The Oil Lamp Theatre is a BYOB venue, donating their space for this special event, with free corkage and glasses. (They usually have free cookies too.) So, bring along your favorite something and let’s make a night of it! E-mail me back at tim_mooney@earthlink.net to confirm your seat.

And, if you’re too far away to attend, books are already available on-line! I would love, love, love to get some reviews posted on Amazon ASAP! A few generous thoughts from my readers would really help launch this in a powerful way!

And, if you are a Director or Producer, you may want to give a thought to putting this show on for your audiences! Of course, I’m going to be performing it during this, my last semester of the nationwide tour, but it can also be produced with as few as one, or as many as 25 actors! And it provides a great introduction to these history plays for you and for your audiences!

The book is now available on Amazon. ("Be the first to review this item!") Or you can get it at CreateSpace (I get about $4 more when you get it through them). Or, you can pick it up at my website . (I get about $8 more when you buy it directly from me, and I can sign a copy for you before sending it!)

Here are some of the reviews that have started to show up from readers and from audiences "Shakespeare’s Histories is an absolutely wonderful new approach to an old subject which is often greeted by students with a groan.  Having a degree and Theatre and English and attended RADA, I now teach at university level and will certainly be incorporating this in any Shakespeare or Dramatic Literature class I’ll be teaching.  I’m sure my students’ enthusiasm will equal my own.  Mooney’s work is a delight even to those already familiar with the material." Melissa Berry, Mount St. Mary's College, Los Angeles

I think it's a really excellent distillation of very complex history, and the play that he's complied within it contains some of my favorite speeches.  I think the one-man show itself is really compelling, and would make a great companion piece to any season that's doing one of the histories… As a text it's best suited for an intro to Shakespeare class... Its irreverent tone (which helps a lot--some of the "explanations" of Shakespeare's history are incredibly dry) seems aimed at students who are skeptical of Shakespeare, or at least of the histories. I can see using it early in a semester as a way of getting students excited about the power and beauty of the history plays. The speeches he's chosen are compelling, and really do make you want to read the plays themselves! Christina Gutierrez, Ph.D. Lecturer, Northern Arizona University Department of Theatre Producing Artistic Director, 7 Towers Theatre

Actor/Director/Writer Tim Mooney has once again taken dramatic subject matter that, for the most part, is difficult to digest and made it palpable and delicious!  His latest, Shakespeare's Histories: Ten Epic Plays at a Breakneck Pace!, combines the meticulous attention to character from his one-man show, "Moliere Than Thou", with his vast understanding of Shakespearean performance in "Lot o' Shakespeare" to create a condensed version Shakespeare's History Plays--ten plays that span the lives of King John to Henry VIII--that is both accessible and immensely enjoyable, regardless of familiarity with the original dramas.  As literature, Shakespeare's Histories is a compendious look at over four hundred years of the English monarchy with genealogical charts, biographies, and fascinating perspectives on topics such as sexism and humanism that become essential to the book's other purpose: performance.  Mooney's entire adapted script is presented with performance suggestions, staging ideas, and insights into his process for choosing what key parts of each of Shakespeare's works are included in order to best serve the narrative of telling the story of these Kings and Kings-to-be.  It is a Herculean task, to be sure: Mooney leaves many memorable lines and scenes of the ten plays out in order to create a show that is meant to last seventy (70) minutes in length.  What he leaves in, however, is the pathos of each monarch's journey towards the Crown and how, through various soliloquies and speeches, Shakespeare the playwright was able to blend regency with the universality of the human condition.  He states that it is intended to be a one-man show, but Mooney also offers options for multiple performers to create a production that would be suitable for any high school, college, university, or community theatre to create with relative ease and little expense.  The implications for lesson plans and unit studies for cross-disciplines of drama, speech, and English departments are limitless--Shakespeare's Histories is versatile enough for performance at a fringe festival or a cafetorium, and could be housed within a high school English class or a university library.  For the novice performer or the well-informed scholar, Shakespeare's Histories: Ten Epic Plays at a Breakneck Pace! is a must-read/must-own addition to any collection of Shakespeare studies. Aaron Adair

You can read the book’s introduction in its entirety on my OTHER blog! Just click on over to http://actingatthespeedoflife.blogspot.com/2014/01/shakespeares-histories-ten-epic-plays.html

Gearing up for the last big lap of the country! I hope to see you all out there on the road!