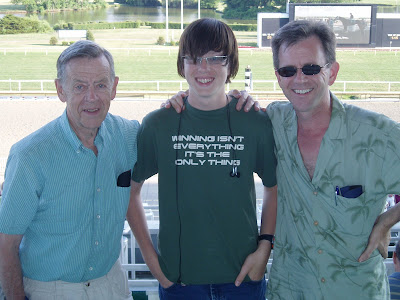 Moving into my new apartment, I discovered that, almost a much as the ability to dance around the living room in my underwear, and almost as much as the proximity to the lake and having a large office to spread my stuff out, I enjoyed having wall space, where I could hang photos and theatre posters that I hadn’t been able to look at in more than seven years.

I had been living in the perpetual present, with no evidence of a past and sometimes vague notions of a future.

I began the long-defered challenge: restoring the data lost with the theft of my laptops almost exactly one year ago.

This project quickly grew in the execution as, beyond the Theatre faculty I’d tracked down back in the summer of 2002, I was now running through the French departments, the History departments and even the English departments. I was looking up the acting faculty, the directing faculty, the Voice, Movement, Theory, and Dramaturgy Faculty, the Modern Drama, Shakespeare, World Drama Faculty, as well as the 17th century, Renaissance, Reformation, Enlightenment, World Civilization and Early Modern European History Faculties.

I tracked department chairs and contemplated whether an Acting Chair was a temporary chair, or the chair of acting studies, or if a Program Director was someone who steered the program at large or a stage director who was part of a program. And just what does that say about an “Acting Director?”

And if every campus has a “Department of Student Life,” then what does that imply about all of the other departments? 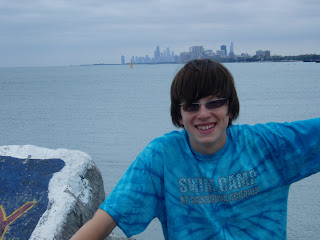 And when the History department gets into an argument around in their faculty meetings, do some members sneer to others, “That’s ancient history!”

I pondered the great imponderables, such as why in a Modern Languages department featuring a half-dozen Spanish professors, the Chair was almost always the lone French Professor, and why, among a faculty listed alphabetically, the chair was almost always listed first. Does a childhood of being at the top of the roll call prepare one for leadership later in life? And, if so, why aren’t parents changing their names to Aadamson?

Done with a particular faculty, I then proceed to track Deans of Students, Vice Presidents for Academic Affairs, directors of Student Activities, Performing Arts Series Directors, and Advisors of Campus Activity Boards. The latter almost always abbreviate their initials to C.A.B., and their websites are replete with cartoon taxi cabs and splashes of yellow and checkered patterns.

Yes, these are the things I think about while I work.

This time around I am SAVING and TRACKING my work. I proceeded alphabetically through all the states ot the union, and each state was a separate document, depicting the job description of each player, and e-mailed off for secure off-site storage.

It was a tale that was growing in the telling. While Arizona, Arkansas, Alabama and even Califronia were bringing up modest returns (with California topping out at 425 e-mails), as I continued, my intrepid sleuthing skills were growing, and by the time I got to New York, I was mining 1049 e-mail addresses from a single state.

And while, early in the process, I might have ignored an adjunct, a visiting professor, or an instructor, I gradually accepted that even these lowly department menials might well be running the department two or three years down the line, and it’s pretty unlikely that I’m going to be going through this all again by then.

Meanwhile, I was running, rehearsing and performing. I had scheduled nine performances in nine weeks and, jogging every second-to-third day, I was running lines for shows I hadn’t performed in a year.

The shows, mostly, went great, and it was good to be able to bring all of my work back up to performance-readiness. There were the usual startled responses from the volunteers I recruited (or tied up with a microphone cord), and various moments of shock and triumph, varying somewhat in outrageousness, depending upon who was in the audience at the time.

I was reminded of the cumulative effect of marketing: People don’t “get” a particular marketing message until they’ve heard it seven times. And while I sent out weekly e-mail reminders for eight weeks, by the final week I packed the house with no reminder whatsoever. 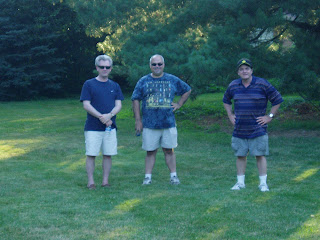 My database building progress was interrupted on three occasions: the first was the Pathways weekend in early June, which was, and continues to be, a major inspiration and support in setting and reaching my goals (such as “66 bookings for 2007-08!”). The next was a five-day visit from Isaac, who came to town with Jo to join in the fiftieth birthday celebration for brother, Kevin. (Happy Birthday Kev!) 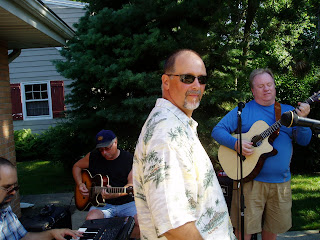 And the third was my annual trip to the American Association of Teachers of French (AATF) conference, where I maintained a booth in the exhibit hall. This may have been the best conference yet, as I benefited not only from the accumulated excitement of French teachers who had been exposed to my work over five years, but also from the good karma of working with the organization.

Three years ago, I’d paid extra to get my ad on the inside front cover of the conference program, but had gotten bumped at the last minute for a letter from the French Ambassador (or some such muckety-muck). I bit my tongue at the time, and only barely complained about the switch. This year they gave me the inside front cover (as a surprise gift), as well as a booth right next to their own, which was quite often the only booth getting traffic in an empty exhibit hall. 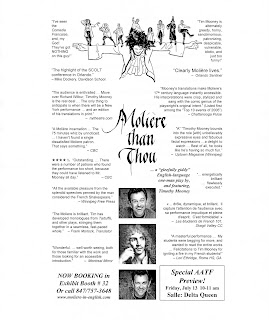 As such, my traffic was great, my visuals (with new publicity photos blown up large) were striking, my preview performance was packed, and I came away with about 65 e-mail addresses of interested French teachers.

I befriended a French woman at one of the other booths, and we caught dinner and coffee together. While her English was weak, my French was dreadful, and we ultimately discovered that she could understand me much better if I spoke in my incredibly bad French accent, which seems to be some sort of mix of Pepe-le-Peu, Inspector Clousseau and Maurice Chevallier. While I was afraid of mocking her with my French clichés, she actually kind-of appreciated the effort. 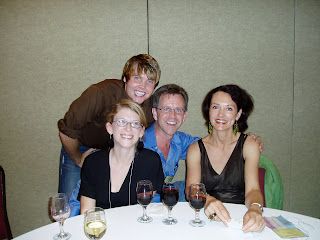 I was tempted to leave as soon as the exhibit hall closed (perhaps even to take a quick spin down to New Orleans), but was beginnining to develop friends among the French teachers and was starting to feel like less of an outsider. And so, I stayed for that evening’s social activity: a Cajun dance performance, and jumped on the road early the next morning, driving back to Chicago in one long day.

It took me a couple of days to get back up to speed, writing to North Carolina and Ohio teachers, while following up with French teachers from the conference, but I was balancing this effort with a fresh wave of inquiries and negotiations for performances. Some dam seemed to have broken, and the numbers were improving. 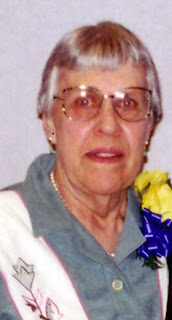 I’d been preparing a trip to Pennsylvania for a special dedication of a building at Clarion University: the “Seifert-Mooney Building” in honor of my dad’s cousin, Mary Seifert, who’d donated several scholarships to the school over the years, including the Timothy John Mooney Theatre scholarship. She also made a significant contribution to the theatre I ran back in the 1990s, which she sent along with a note that she wanted her money to make some difference while she was still around to see it doing some good.

Mary’s health has been shaky lately, and she’s been shifting between the hospital and the nursing home for the last six months. On Friday I got a call from my sister Maureen, who’d heard that Mary’s health had taken a turn for the worse. An hour later Dad called to let me know that she had died.

And so now the building dedication has been combined with a memorial service. And while I’m sad that I won’t see her, I also feel that she will be there, watching the proceedings with her own particular droll, wry sense of humor, and a gentle satisfaction over her ability to make a difference in the world.

And so, following a long layoff, I set things in motion once again. The Minnesota Fringe Festival starts up on August 2, and the tour gets underway somewhere around September 1. Lots to get done before I hit the ground running and resume the assault on your e-mail inboxes with these reports.

And meanwhile, the Bush administration continues to act as the bull in the china shop of our Constitution. The democratic party wearlily lumbers after the bull with a dustpan and superglue, delaying the ultimate-but-neccessary task of extracting the bull.
on July 23, 2007 No comments: