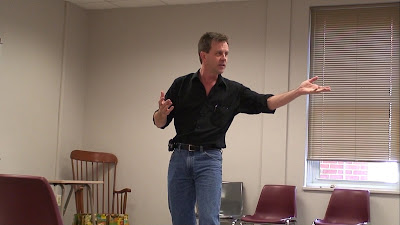 Working with my new camera lately, I’m learning how to lift still shots off of the video. Since the camera is High-Definition, those still shots actually come out very good. I pulled several of them for use on my amazing new website. (I didn’t have any photos handy of my workshop, which I managed to record while I was in Louisiana.) I’ll post a couple of them here.

Following a very brief weekend home, I headed east with a show at Franklin & Marshall College in Lancaster, Pennsylvania. This was my second show in Lancaster, and the professor there was actually the first teacher to book my gig on behalf of a French department five years ago, and had been the one to hook me into the networks of French teachers who have since booked my show so many times. 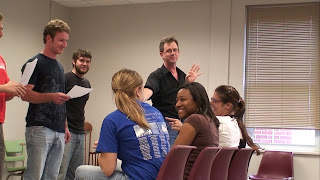 The show was, again, very well received, and I also had a fun workshop for the French students, but most of my memories are around the terrific hotel they put me up at, and the delicious dinner we had the night before the show.

On to New York, I was staying with my buddy, Jose, who lived less than a couple of miles from my next venue: Iona College in New Rochelle. During the day I had knuckled down to work on generating a mailing list from “Dramatists Sourcebook” as part of an on-line playwright support group (playwrightbinge), in which we submit thirty plays to producers and contests in the course of thirty days. My whirlwind of a tour kept me from participating fully, but given the opportunity, I eventually compiled a list of 283 theatres, sending them, not full script submissions, but my latest flyer.

The stage at Iona was a small platform in an open hall, and the director had thrown a series of curtains over the set that stood on that platform, to give me a more-or-less neutral background. Meanwhile, I set up my camera in the back to capture video on this performance, and talked Jose into running it from behind the audience.

They were a quiet group, and slow to warm to the show (which made the video less usable). Eventually, they were laughing warmly, and my most vivid memory is exiting the stage during the blackout and kicking one of the platforms backstage with my shin in the darkness. I heard one last laugh coming from the crowd, and hoped that they thought the sound effect was intentional. (I still have the mark.) 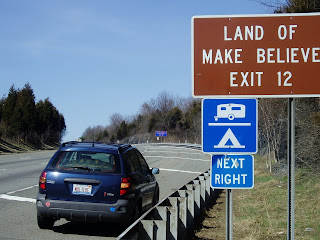 The next morning, I waited for traffic to clear, and returned west. I stopped for a photo of one of my favorite exit signs, and continued on to Brookville, Pennsylvania, where I dropped in on my Father’s cousin, Mary (who has been shuttling between hospital and rehab center these days), and resumed the trek west, continuing home by way of a weekend visit with Isaac.

With one week in Chicago, I resumed the effort to resolve the search for the literary agent, and found myself with two top candidates. One of them had actually written a book on writing book proposals (as well as writing several well-selling books himself), and I’d re-tailored my proposal to fit his outline. He offered to meet with me on my upcoming west coast swing, and after a week of catching up, I was off again, leaving town at 6 a.m. on Easter morning. From my first stop, Cheyenne, I continued to West Wendover, Nevada, which seems to be the city that all the Salt Lake City folks go to for their share of sin. 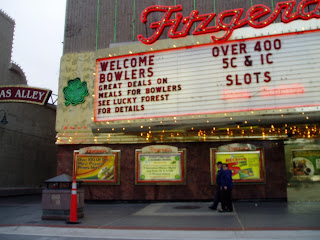 (I could see empty casino busses heading the other way on the freeway as I approached, purportedly to fill up with all those Salt Lake City gamblers they would be bringing back.) 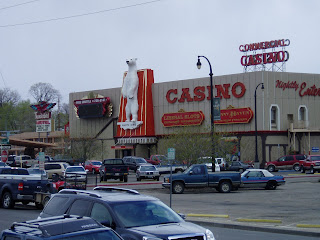 I actually found a casino hotel room for just $22 (they assumed I’d be dropping more money in their machines), before pushing on west to Reno, and then on to San Francisco, where I met up with the literary agent. He was very supportive, but also returned my proposal with hundreds of little diacritical remarks for me to fix (a project I have been putting off somewhat until now). Ultimately, though, we signed a contract, and I am now under representation. (Yay!)

The Sacramento folks had me at another fantastic hotel for two days, and I felt bad that their attendance was so thin. Apparently the class that I was supposed to be performing to had never “made”, and so the teacher who’d hired me was left to scrape together whatever interested French students, faculty and Alliance Francaise members she could find to attend. 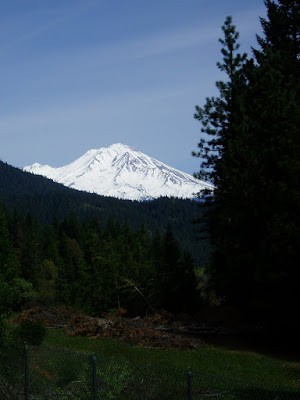 The next morning I was racing north, this time stopping in on my friend, playwright William Luce on the Oregon coast, before swinging by my brother Pat’s place, and continuing up to Portland, where I visited with my webmaster, Bruce, and friend, Tina. 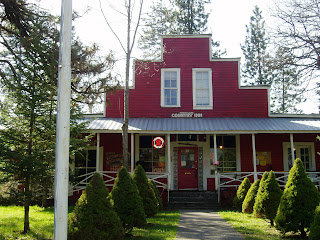 I returned to Trout Lake for the first time in years, where playwright Gil Martin had just reopened his bed & breakfast. It’s a beautiful part of the country, in the shadows of Mount Adams, where they harvest delicious huckleberries. Gil’s bed & breakfast has a large public room with a stage, and he was offering my show as a dinner theatre package. 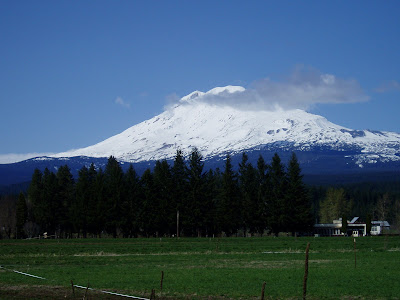 The next day, I was off to Spokane for my final performance of the school year. Gonzaga university had me doing an afternoon show as well as an evening show, and as the enthusiasm was very strong in the afternoon, I figured out how to delete the recordings I’d already downloaded, freeing my camera up to record the evening show, which went even better. There were a couple of people in the audience who would shout or “yelp” at each round of applause, and their response grew as the show continued, and it resolved with a nice ovation at the end. 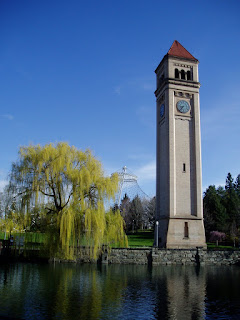 The next day I did my acting workshop, and there were only about ten in attendance, but they were a very “involved” ten, and the two faculty in the room were extremely laudatory afterwards, commending how understandable I made the whole process of performing Shakespeare.

With my semester complete, I worked my way home, stopping in Missoula, Montana, and Rapid City, South Dakota, with one final push to Chicago on the third day.

Facing my longest home stay in years, I had lots I wanted to take on.

I’ve been gearing up for group leading at another Pathways weekend, coming up June 7-10, (I’ll be attending an introductory evening on May 3, if anyone is interested) and it’s always a great opportunity to look at my goals, gear up for new challenges and examine how to better align my actions with the results I’m hoping to create.

My first step, after deciding to give up beer for these two months, was to clarify the areas where I wanted to create fantastic results, including “Home, Relationship, Tour, Art and Money.”

I went apartment shopping. I’ve held off getting an apartment locally, largely because it would go unused for about nine months out of the year, and I had fears around committing to a long lease that I couldn't maintain. It struck me, though, that there is no reason I might not get a sub-let for these few months I’m back in town, and after a quick spin on Craigslist, I found three places that looked to be in my range of interest and affordability. 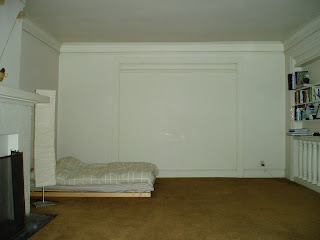 The very first place that I went to look was almost exactly what I’d envisioned. A huge living room/bedroom combination which was big enough to dance in, and use as a performance space, as well as an office area with a wide desk and lots of sunlight. I told the lessor that I’d need a couple days to think about it (keeping in mind the other two places I still had on my list), but on my drive away I realized that I’d be stupid to pass on the exact sort of space I’d envisioned. I immediately dashed off an e-mail to tell him I’d take it. (I later found out it was a Frank Lloyd Wright home.) 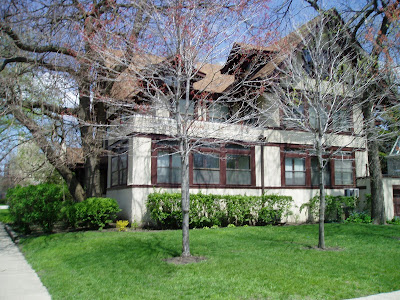 I began studying video footage to assemble the video (to woo producers, and that potential PBS production), but paused to take on two big mailings. I went through my records and tracked down the e-mail and snail mail addresses of all of the people who had hosted my show in the past five years. I dashed off an e-mail offering them a perusal copy of my acting textbook (to rally potential support behind the publishing), and plotting out the coming year’s tour. Simultaneously, I surfed to all of the Shakespeare Festivals in the country, sending them an e-mail announcing the availability of my Moliere scripts.

The process was slowed greatly in both instances by the need to track the snail-mail addresses and add these to a set of mailing labels I was printing. Thus, what I’d expected to be a two-day project stretched on to five days, at the end of which I slapped the labels on flyers which I popped into the mail just yesterday. (30 teachers have already written back requesting the textbook.)

All of this surfing has just scratched the surface of this summer’s big project, which includes exploiting at least three similar lists, as well as doing a blanket e-mailing to all of the French and Theatre professors I can find. This will be the last step in rebuilding the data that was lost when my computers were stolen last summer, and given the time and systematic effort, along with the growth of my “brand image” over these past five years, I expect this will be the most effective summer campaign ever. 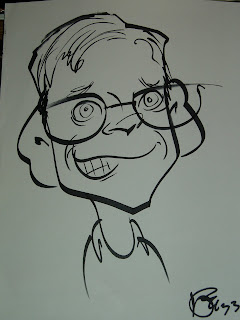 Finally (for now), I’ve decided to put my new apartment to good use. Once I move in, I am going to establish a weekly performance schedule, for all those Chicago friends who complain that they want to see one show or another, that they’ve missed in recent years. And so, each Tuesday, at 7:30 pm, May 15 through July 10, I will perform one of my shows. I’ll be back to this space with further announcements of which specific shows I’ll be performing on which nights, as well as further location information. See you soon!

The View From Here: Addendum

As the spring tour speeds to its conclusion, I'm overdue with another issue of "The View From Here," but wanted to give you a heads-up about the NEW FACELIFT the Moliere-in-English website has gotten!