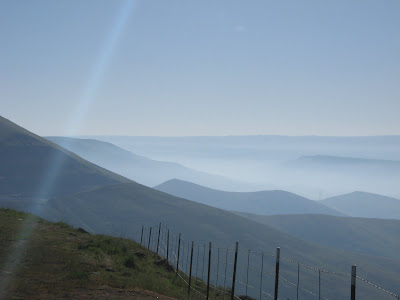 I’m back on the road!

It’s been a surprisingly full summer, and while I thought I’d have plenty of time to add to my blog, the time whipped by unnoticed.

The bad news: Mom had a stroke about 10 days ago. She’s out of the hospital and in a rehab facility now, but its not likely that life will ever look quite like it did before. 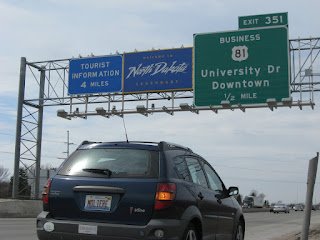 Where did the time go? The projects were relentless and demanding. Perhaps the main one was the acting text. I started back sometime in 2002, and have continued to re-draft and re-draw it. This may be the first time that I’ve done two drafts back-to-back, and I begin to feel like I’ve finally got a handle on the thing, 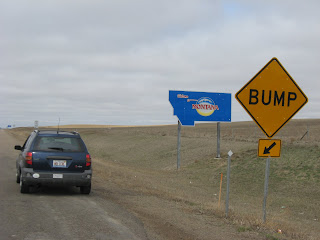 either to chase the awkward phrasings from the page, or to cut loose from the threads of conversation that don’t seem to connect to anything at the other end. I’ve resolved to self-publish it, at least for now.

As soon as I decided that self-publishing was the way to go, I felt a new power over the text. I was no longer waiting for some all-knowing corporation to tell me the direction that they wanted my writing to take, but rather I would need to satisfy myself. I was no longer trying to write for a generic all-things-to-all-people audience, but for my own satisfaction. 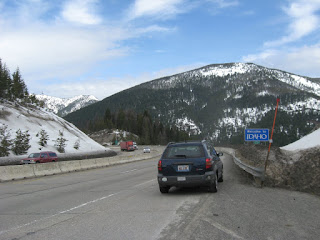 I also now have a hand, or THE hand, in the tiniest decisions, such as the font size, and the page layout, and rather than leaving it in a rather unwieldy double-spaced 500+ pages, I’ve got it down below 300, and much friendlier to the eyes.

Meanwhile, I opened a new show. About a year ago, I’d put a series of monologues onto paper, and combined those with some songs I’d written some eight years before, and discovered I had something rather potent in hand. I didn’t think I’d have a chance, or the guts, to perform the thing, particularly when I came up last on the Minnesota Fringe waiting list, but on a lark, I submitted a last-minute application to the Kansas City Fringe, and I got in. 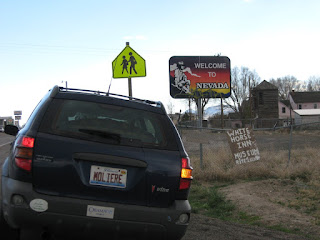 I had a friend in Kansas City who was already familiar to the material, and so I knew I’d have at least one sympathetic audience member, and I figured … WTF?

The folks at the KC Fringe were accommodating and encouraging, and I worked out on a daily basis, and ran my lines three times a day. I had a stage manager who really seemed to enjoy the show, and was happy to make changes in the music and light cues till we seemed to have the thing in a shape that really worked. 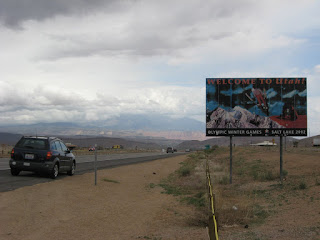 And so, now I’ve got a new show in my back pocket, which I never thought to try to sell to a venue anywhere, if only because just getting the guts to perform it was as much as I imagined I’d be able to do.

The other project, which is the main project of every summer of the last seven years, is the dogged pursuit of the next year’s bookings, exploiting every mailing list and every odd connection that I have come across. 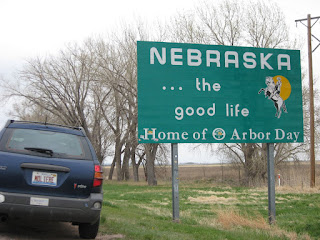 This year I faced a double challenge, with a mega-recession which seemed to hit everywhere simultaneously, combined with my next uptick in prices, as I struggle to hit a balance which enables me to dream of putting a little something away, either for a new car, or a place that I can call my own.

For a long time, the bookings seemed much fewer and further between than ever before … but as the middle of August came on, and teachers got back to their posts, and perhaps found out how much money their various legislatures had assigned to their schools, the bookings started to show up. 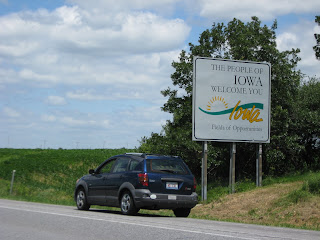 Meanwhile, my old high school friend Kirsten has surfaced as a benefactor in support of the show, offering matching grants to schools that otherwise might not afford the experience. It’s taken about 8 months since we first discussed the possibility, but at last a couple of schools have followed through on the program, and my first performance of the season (tomorrow, as I write this), is made possible by a generous grant from Kirsten.

Another big event this summer was bringing Isaac out from Detroit to attend a Pathways Seminar in June. It was a terrific weekend together, as I was a group-leader for the experience, and felt increasingly closer to him as the weekend went on. (He also seemed to meet a girl that he liked, there, so that didn’t hurt his take on the experience.) A month or so later, the class was having its “Fifth Day” celebration, and he asked if he could come back out for that weekend. He even suggested that if I picked him up and drove him from Detroit and back, that the twelve hours in the car might be a good “bonding experience.” Which it was. 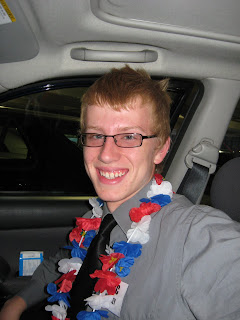 Isaac is now 6 foot 2 (maybe 6-3, by the time you read this), and in pretty good shape as a swimmer. He’s also in driver’s ed, which meant that he could take the wheel for a couple of those hours.


Speaking of Pathways, I am once again going to be Emceeing the Pathways Scholarship Fundraiser, also known as “Pathways Idol,” a karaoke competition in which the tips to the singers count as points toward winning. Those tips then become de facto donations to the scholarship fund, and between that, and a silent auction, and a raffle, we’re looking to bring in some $20,000 this year! The event is on September 26, and is open to Pathways grads, as well as the general public (21 and over). More info (and some video) is available at: https://www.pathwaysseminars.com/pathways_idol.php 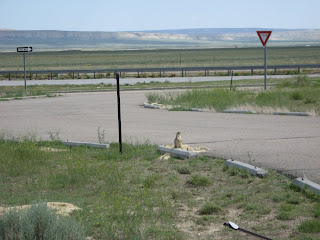 Finally, I’ve been musing for over two years now, about the Shakespeare show that I’ve want to create, collecting a monologue from every Shakespeare play, and then spinning a roulette wheel to choose which ones to do (or drawing them from a hat or somesuch). Well, somebody was listening last spring, and actually took me seriously! The folks at Auburn University-Montgomery wanted to book me for their Liberal Arts Conference for the second year in a row, 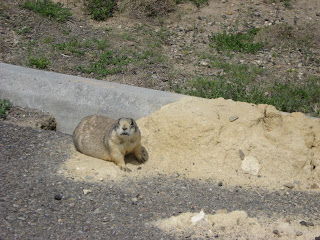 but since they’ve seen my Moliere show already, they wanted to book that Shakespeare show that I’d been talking about doing. 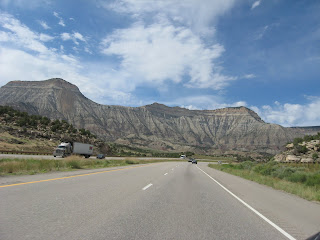 Sometimes the most inspiring thing about preparing a show is having a booking! Much like having the Kansas City Fringe scheduled made me work up my latest one, having the Auburn U of Montgomery booking is going to push me into completing this one. 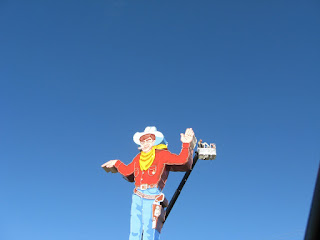 This will be one-man show number FIVE, and it may well end up being the most popular of the bunch. There was a time when I was astounded by the notion that an actor could carry around an ENTIRE PLAY in his head. Now, I’m up to five! It just proves my occasional point: You never know what you’re capable of until you find out. 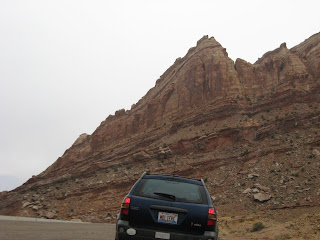 Finally (I think I said finally before, but I forgot about this:) I’ve got more plays published! Playscripts, Inc. has now added my “Miser” and my “Schemings of Scapin” in both full-length and forty-minute versions to its collection. This makes for a total of eleven scripts, and I’ve been quite delighted to see productions getting scheduled on a fairly regular basis. I think there are at least a half dozen on the calendar for the coming fall. 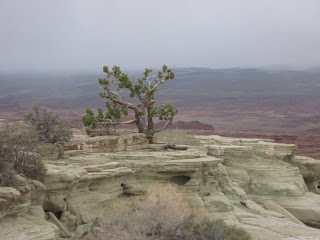 Including, a production of “Tartuffe” that I’ll be directing at Lake Forest College this winter! (Okay, another thing I forgot, prior to saying “finally.”) I’ve already cast the show, and am really, really excited about this project. The students are not only talented, but playing roles that really play up to their talents. 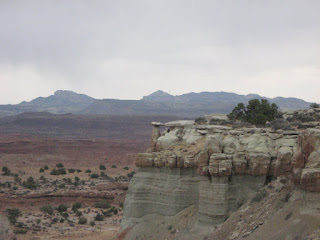 I haven’t directed this script since my very first Moliere attempt, back in 1997, and I’ve learned quite a bit about Moliere, and about my own directorial sensibility since then, and fully expect that this’ll be an exciting show.

That’s it! Show in Indianapolis in the morning! I won’t get this blog posted until after then (internet doesn’t seem to be working in this hotel), 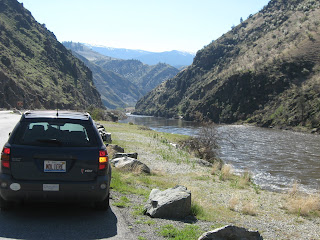 but I’ll save reporting on this show for the next blog, and promise not to wait so long before that one.

By the way, I believe that this is my first blog entry (after 139 blog entries) that is NOT written in chronological order! I kind of enjoyed that aspect of it. Less pressure to touch all the bases as you round them. (You probably also guessed, by now, that the photos are not in any particular relation to the text ... they're mostly ones I had lying about from my last two trips to the west coast!)

Break a leg, everybody,
Love,
Tim 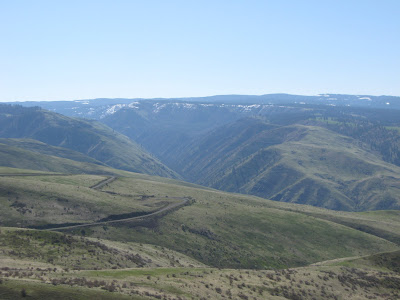 Discoveries: When I take control of my artistic product, I also take responsibility for every stage of production, and I get much more specific with my choices. * Having an opening night on the calendar is the greatest motivating factor in bringing a show to fruition.